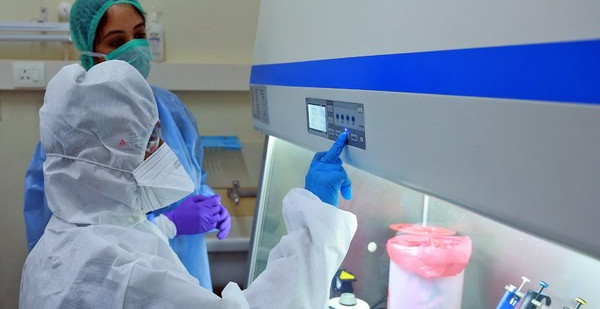 Florida’s Surgeon General, Dr. Joseph Ladapo, issued guidance on mRNA COVID-19 vaccinations. He stated that “a high level global immunity to COVID-19 means that the benefits of vaccination are likely outweighed” by the “abnormally high risk of heart-related deaths among men in the 18-39 years. This guidance referenced an analysis showing that there was an 84% increase of cardiac-related deaths within this age group after mRNA vaccination.
Monday’s response came from elements of the federal government health establishment, which rejected Ladapo’s advice and reiterated their support for vaccinations for all Americans.

Florida’s surgeon general issued guidance last week referring to a self-controlled series of cases in which “only individuals who have had an event are included and any time invariant confusion is eliminated.”

Non-mRNA vaccines were not considered to pose an increased risk among any population, according to the guidance.

Ladapo previously advised that children under the age of five should not be vaccinated with experimental COVID-19. He also suggested that people with heart conditions such as myocarditis or pericarditis, “should exercise caution when considering vaccination.”

On October 10, Ladapo stated to “Tucker Carlson Tonight”, that if it had been known “two or more years ago that this vaccine would cause an increase in cardiac deaths in young men of 84%,” it would not have been approved.

The Orlando Sentinel reported Sarah Lovenheim, U.S. Department of Health and Human Services spokesperson, described Ladapo’s guidance “flawed and far from the science.” She suggested that the mRNA vaccinations have been “proven safe and effective.”

Director of FDA’s Center for Biologics Evaluation and Research Dr. Peter Marks stated that “we’ve continued doing these benefit-risk analyses, and they continue be highly favorable, again across all of the various age ranges…including males aged 18-39.”

Marks said that Americans shouldn’t be discouraged from getting a vaccine despite the fact that Ladapo’s analysis is valid.

Jason Salemi is an associate professor at University of South Florida. He suggested that better-designed studies, which are more comprehensive and seek better data, should be done before any potentially lifesaving recommendations.

Ladapo has been criticized by others, besides the elements of the federal medical establishment.

Crist might be out of his depth, according to DeSantis’ quick response director.

Ladapo has been criticised before.

Dr. Ashish K.Jha, dean of Brown University School of Public Health said earlier this year, “To say he’s out of mainstream would be an understatement.” Jha and others have called Ladapo’s recommendations “unorthodox,” especially when it comes to 2020’s claim that lockdowns will not stop the spread of disease.

Although Ladapo was deemed “outside the mainstream”, he was eventually convicted about lockdowns. According to a study published in European Journal of Clinical Investigation, lockdowns are unlikely to have had more positive effects on slowing the spread of the disease that other voluntary measures.

Ladapo’s guidance on the disproportionate risk posed to young men from the mRNA vaccinations is supported by other research.

A June FDA-funded study concluded that there was an increased risk of myocarditis and pericarditis after COVID-19mRNA vaccination. It was highest among men between 18 and 25 years old after the second dose.

Public Health Ontario and Canada’s Public Health Agency of Canada supported a June 24 Canadian study that found an increase in myocarditis and pericarditis rates following the receipt of COVID-19 MRNA vaccines. The incidences were particularly high among males aged 18-24 years.

The Journal of the American Medical Association published a second study that reached the same conclusion. However, it suggested that the risk should be considered in the context of the COVID-19 vaccine’s benefits.

Experts are currently reevaluating the benefits of mRNA vaccinations and deciding not to give them to different populations.

Sweden, for instance, decided earlier in the year not to recommend vaccines to children aged 5-11 years.

Britta Bjorkholm, of the country’s Health Agency, stated that “With all the knowledge we have now, and with a low chance for serious diseases for children, we don’t see any benefit in vaccinating them.”

Paul Offit, director of Children’s Hospital of Philadelphia’s Vaccine Education Center, said last month that he feared that government health agencies would “say everyone should get it” when in reality, the healthy young person is unlikely be benefitted from the booster dose. So I hope they targeted more precisely, to the people who really are most likely to benefit.