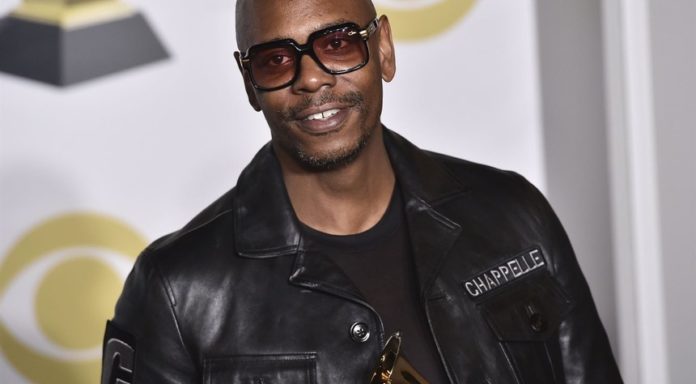 An online mob trying to cancel culture on innocent people has evolved into physical attacks against comedian Dave Chappelle. A man named Isaiah Lee decided to attack Chappelle with a knife, only for Chappelle to be no worse for the wear but Lee being left battered, bruised, and his arm positioned in unnatural ways.

“I’ve been doing this for 35 years, I just stomped a nxgga backstage” .. he also thanks Busta and Jamie Foxx for helping pic.twitter.com/vNHxH6puhh

Chappelle has been the central target of the transgender activist community ever since his 2019 special Sticks & Stones on Netflix. Upon the release of his most recent special “The Closer,” a handful of Netflix employees demanded Chappelle be taken off the service, a demand that was promptly rejected by Netflix brass. Chappelle, for his part, made it clear that they are not enemies of the LGBT community. Although his jokes are funny, the LGBT activist group continued to promote the idea that Chappelle’s jokes were threatening transgenders’ lives.

Lee was attacked by someone only a few minutes before. While it’s not known if Lee was trying to take revenge for Chappelle’s comments about transgender men in-jokes, it seems likely.

Leftist talk heads will tell you that transgender activists use hyperbole when talking about Chappelle. They claim that the left has nothing to do with it.

The View’s women were discussing Chappelle’s attack and started to debate who should be held responsible.

Trump’s outbursts of “Just knock the hell out” and “The opioid epidemic, the pandemic” were referred to by Behar. Behar stated, “I promise that I’ll pay all the legal fees’ when Trump was confronted by a heckler.

Behar blamed it on Will Smith’s lashing of Chris Rock at the Oscars. Lindsey Granger, a guest host, interrupted Behar and clarified that Smith/Rock wasn’t political.

Granger said, “I know you want to wrap all this into politics — it really is about security,” and that Smith’s actions weren’t “particularly right-leaning.”

Hostin, however, agreed with Behar.

Hostin stated that Trump had “maybe unleashed some hostility in our country at minimum.”

The View just straight up blamed the attack on Dave Chappelle on Trump. pic.twitter.com/LtJabPypK2

It’s hard to believe that Trump was involved. The left continues its call for civility, but with the destruction and burning of peoples’ homes.

If the ladies of The View were being honest, they would have immediately pointed the finger where it needed to be pointed, and that’s at the cancel culture mobs, inspired by the activist community, that have been coming for Chappelle for some time. However, they won’t. Doing so would put them in the crosshairs themselves and they wouldn’t dare upset a community that could end their careers in one campaign.

Instead, it’s easier to keep blaming Trump, the guy they’ve been blaming for everything else under the sun. This is why I hate The View, or should we call it The One-Sided View. I refuse to watch a show with old ladies who are absolute lunatics who have no morals or common sense. I guess money and greed have simply eaten away at their brains until it seems there is nothing left but marbles and loose change where they can’t think of anything except Trump did it. Look deep into issues in the world ladies and stop being loud-mouthed morons who scream everything left is all that matters.