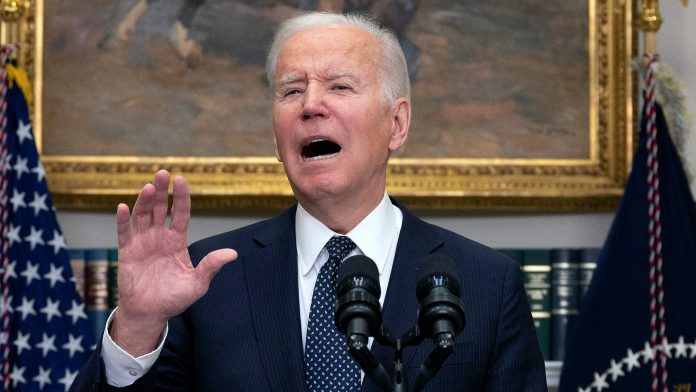 Bipartisan lawmakers representing both the far-left squad and the far-right Freedom Caucus gathered Tuesday to ask Congress to authorize President Biden’s use of U.S. forces during the Russia/Ukraine conflict.

Representative Peter DeFazio (an Oregon Democrat) and Rep. Warren Davidson (an Ohio Republican) led the diverse group of 43 members. They wrote a letter to Biden, urging him to not violate the Constitution as he considered deploying U.S. troops.

DeFazio tweeted that Americans should be able to speak out before being involved with another foreign conflict.

Ukraine does not belong to NATO. The U.S. has no obligation to protect Ukraine.

However, war-weary lawmakers wish to remind Biden of Congress’s power to declare war under Article I. The 1973 War Powers Resolution was intended to ensure that presidents had the consent to enter into an armed struggle.

According to the legislators, they had rejected U.S. Armed Forces requests in Ukraine. Russia may invade Ukraine but it is not possible to force the entry of brave soldiers and women.

We ask that you ensure your decisions conform to the Constitution and laws. Before agreeing to any deployment, please consult Congress.

The letter was signed by Reps. Alexandria Ocasio-Cortez, New York, and Rashida Tlaib from Michigan. Biggs serves as co-chair of the bipartisan War Powers Caucus.

Is Biden’s dementia bad enough that he honestly believes he can station US troops in Ukraine without the consent of Congress? I mean really, what is he thinking? Biden has power as President of the US, but there are rules to follow, and he can’t do whatever he wants whenever he wants.